The idea was to emphasise how refreshing the new ice filtration brewing process was and the Creative team of CCO Gary Tranter, CD Rudy Zulkifly & Art Director Liam Annis came up with the idea of an imagined microscopic journey of the beer through a fantastical ice landscape contained within the bottle itself.

The next step was a pre-visualisation of the journey and this proved to be an incredibly time consuming part of the process with ideas, scales, environments, angles, gradients constantly changing as Steve sought the perfect landscape for the beers journey.  The final path was agreed and approved by the creative team and, at that point whilst Henrik Holmberg completed the PV, Steve and his Producer, Nicholas Unsworth decamped for the live action shoot in Bangkok. In temperatures of over 30 degrees and shooting on a rooftop bar in the centre of the city, the whole crew could have done with an ice cold beer to cool them down but sadly, it was election day in Thailand and alcohol sales were illegal. Not that the excellent crew would have touched a drop anyway!

With an equally excellent cast Steve & Nicholas got the bar sequences in the bag over a single day and then travelled directly to Warsaw to begin working with the SFX team creating the landscape for the beers journey…An early decision in the process was to carve the part of the set that carried the beer out of real ice and to work in a refrigerated studio. So, from shooting in 31 degrees they went to working in temperatures of -15 degrees. Quite a shock to the system!

The SFX team was amazing! Jedrzej Jankowski alongside his team at Jamal Ice.

Iice bridges, gulleys, ravines and ice cliffs were hand-created (well…with a chainsaw and handsaws)  - exactly to the perspectives and scales of the pre-visualisation. 3 days of testing proved invaluable as this not only gave clear information regarding the behavior of the beer flow - it also informed us how long it took for our set to melt!

Shot over 3 long days on a Bolt Motion Control rig at frame rates above 1000fps, these incredible structures took on a whole new life as the fast-flowing beer was released through them.

From Warsaw, it was back to London and straight into post with the Big Buoy team working around the clock creating CGI backgrounds and integrating the foreground models into a vast heroic icy terrain for 4 weeks to hit a very tight deadline.

The result is here for you to watch now…enjoy! 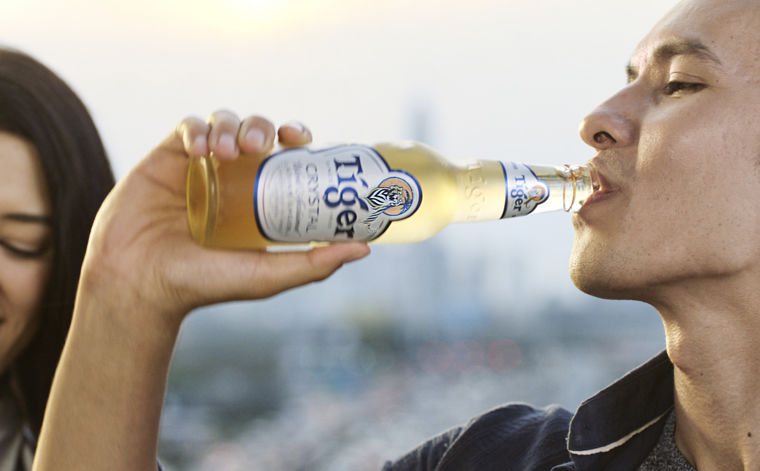